Is there a monopoly on electricity trading? 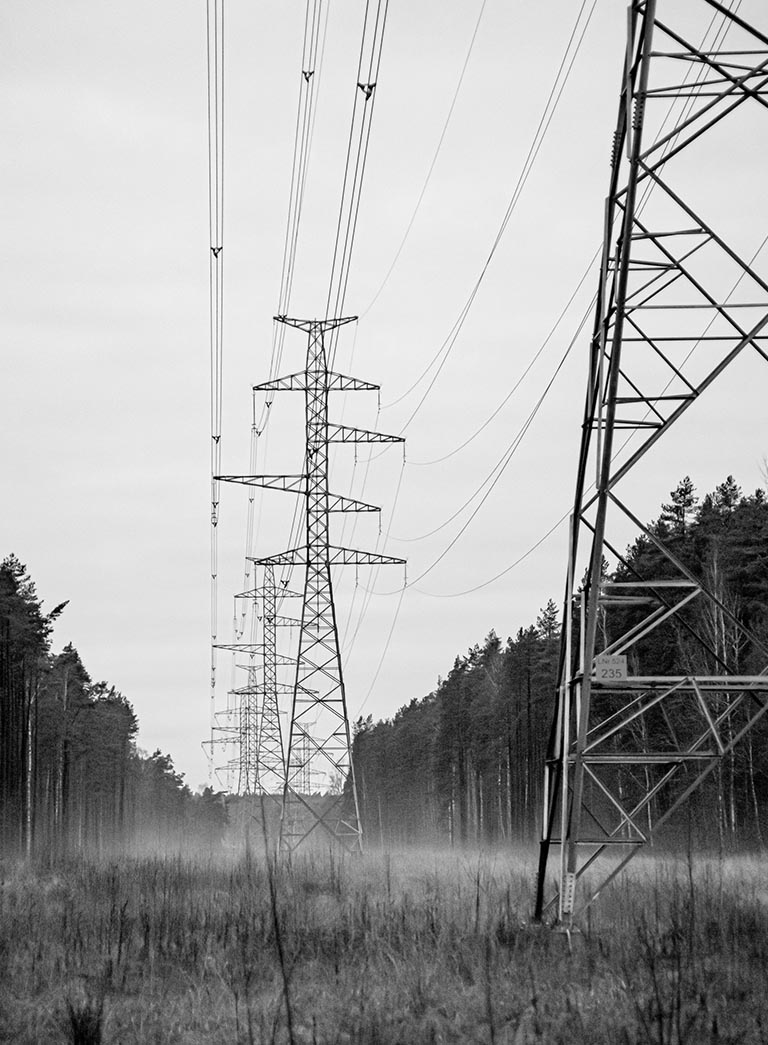 In Chile, distribution companies have historically not only reduced the voltage levels of electricity and transported it through their networks to final consumers, but they have also been responsible for its purchase and subsequent supply to consumers located within their concession area, whether they are subject to a regulated fee or have agreed to buy the supply under a free pricing regime ("cliente libre"). This reveals the existence of two markets: one is the transmission of medium and low voltage electricity; and the other is the purchase and sale of electricity (strictly speaking, energy and power). However, for the majority of Chilean consumers (those subject to regulated fees, unable to switch to a free pricing regime), distribution companies prefer to carry out both activities within their respective concession areas, under a vertical integration scheme that is unchallenged by third-party vendors.

This is partly based on something inherent to the distribution segment, which permeates the commercialisation process: the fact that it is a natural monopoly. Since only one company can provide distribution services in a given territory, regulating the scope in which these companies can operate has become necessary. The law has therefore set out not only the areas in which companies can operate, but more importantly, the price they can charge for their services. The Distribution Added Value (Valor Agregado de Distribución, VAD) is the regulated fee that distributors are allowed to charge, and that, in broad terms, is set by taking into consideration the investment and operating costs of a model or theoretical company.

Yet, these same considerations do not apply to the commercialisation segment. The purchase and sale of electricity is not an activity that requires regulation, since it is not affected by the economies of scale that justify the existence of a single service provider in each geographic area. In fact, this does not apply to free pricing clients —normally, large industrial clients—who, at least in theory, may contract third party vendors other than the distribution company in charge of the concessioned territory.

Nevertheless, the current regulation seems to favour this vertical integration scheme, so that most consumers, who are subject to a regulated fee scheme, are unable to contract a vendor other than their respective distribution company, on the understanding that the regulated price compensates not only the operation of the distribution network, but also the supply and sale and purchase of electricity.

Is there any justification for preserving the monopoly that distribution companies hold over electricity commercialisation? Why do most Chileans have to pay a regulated tariff for a service that is not inherently monopolistic? What benefits could the separation of both sectors bring in terms of prices, quality of service, the promotion of non-conventional renewable energy or the technological development of the industry, such as the inclusion of smart meters?

Much has been discussed in comparative law, and for many years. As early as 1996, the European Union passed the first of the directives liberalizing the energy sector (Directive 96/92/EC), and a second introduced the right of industrial and residential consumers to freely choose their electricity supplier (Directive 2003/54/EC). Point 4 of the latter states that "only a fully open internal market that allows all consumers to choose their suppliers freely and all suppliers to supply their customers thus is compatible with the free movement of goods, the freedom to provide services and the freedom of establishment". However, it was not until the third electricity directive (Directive 2009/72) that the effective unbundling of both segments was established, requiring their legal, functional and asset separation (although without completely prohibiting vertical integration between these segments).

Within the European Union, the case of the United Kingdom is worth noting, since consumers there not only can freely choose their electricity vendor, but they can also choose for themselves which vendor to contract for the installation of their smart meter, a company that may very well be different from the distribution company, which is forced to adopt a neutral position in this regard (Systep, 2019: 3).

Similar reforms have been carried out in Australia, Norway, Spain, Colombia, and the U.S. states of Texas and California, among others. One very interesting experience was that of Germany, as some regions of that country implemented structural unbundling, totally prohibiting distributors from engaging in commercialisation, while others retained the ability to vertically integrate, but required legal, functional and equity separation, in line with the aforementioned third European Union directive. Nikogosian and Veith (2011) compared the effects on prices to end consumers of both regulatory forms, finding favourable differences for the latter in regions that had completely prohibited integration between distribution and commercialisation.

In Chile, during President Bachelet’s second administration, there was an attempt to draft a bill to reform the electricity distribution segment and include the separation of monopolistic distribution activities from those that could be competitive, linked to commercialisation. This project did not prosper, but under the current mandate of President Piñera, the Energy Minister committed to an Energy Roadmap for 2018-2022, which envisages, for the second half of this year, a bill to modernise the regulation of electricity distribution. According to the authorities, one of the main pillars of this project is that it is "necessary to distinguish between activities inherent to the distribution of electricity from those that are not and, therefore, it would be desirable to introduce competition for its efficient and transparent provision". In line with this, regarding the discussion on smart meters, the Energy Minister announced the Government's interest in moving forward in that direction.

In particular, smart meters have a key role to play in promoting competition in the commercialisation segment. They can be used to access more accurate data about customers and their consumption patterns. This information will become a relevant competitive variable in the market, as it will allow vendors to offer specialised products according to the characteristics and needs of consumers. It is therefore important that the new regulation includes clear rules regarding the access and use of this information (see "Smart Meters and Personal Data"), in order to avoid distortions to competition in this industry.

Therefore, greater competition in the electricity commercialisation segment would not only provide smart meters at a better price or even free of charge, but could also translate into important progress in the inclusion of non-conventional renewable energies in the matrix, through new contracts entered into between generators and commercialisation companies whose clients wish to promote clean energies; when it comes to developing better electricity storage systems, since the vendors could be interested in offering them to their customers as a differentiating element; in the correct implementation of distributed generation in Chile, since distributors in Chile have no incentive to promote residential self-generation; in the competition to provide a better service and care to consumers by each vendor; and in a more efficient use of energy, among other very important improvements that can be seen in other jurisdictions.

To achieve these benefits for both consumers and society as a whole, it seems time to move towards an unbundling model for energy trading.