On the Bill for Equal Marriage in Chile 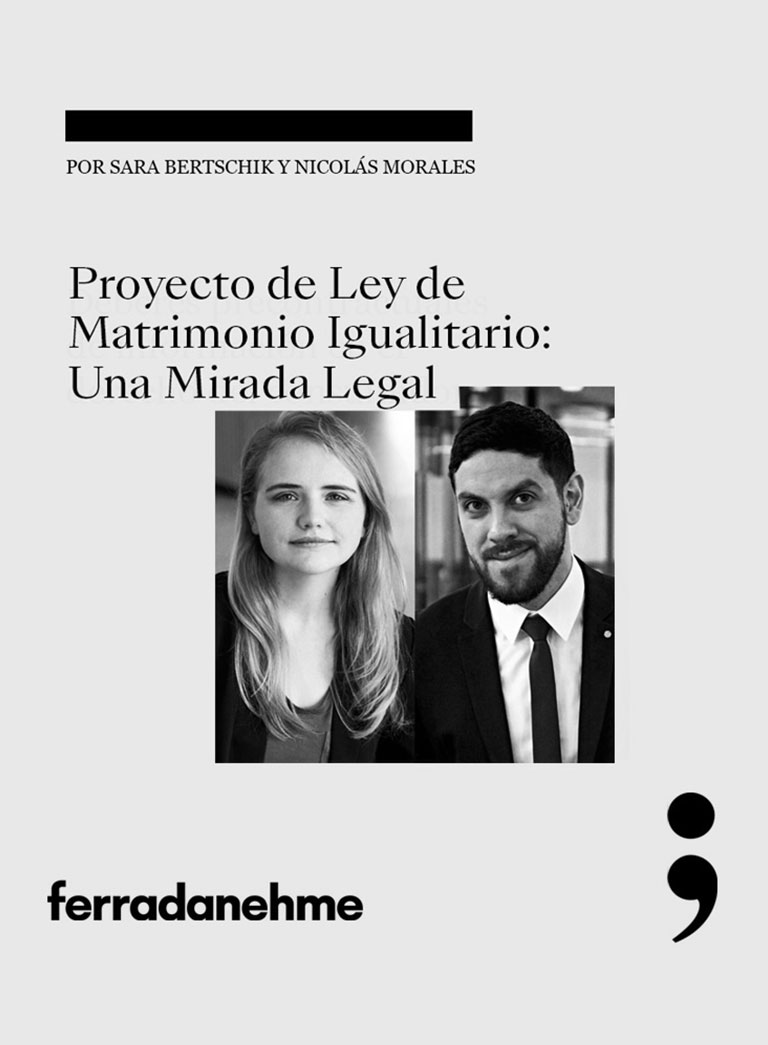 President Sebastián Piñera stated in his State of the Nation Address that he would fast-track the processing of the "Marriage Equality Bill". This bill was published in bulletin No.11.422-07 and aims to "amend various legal texts to regulate the marriage of same-sex couples under equal conditions".

This Bill has been in Congress for several years, since it was introduced on 5 September 2017, through a Message from the then President Michelle Bachelet. The plan to legislate the Bill was only approved on 15 January of last year by the Senate Chamber.

What does making this Bill urgent mean?

It means that no more than 15 days after 5 June, (i) the Senate Constitution Committee will have to finish discussing and voting on some 60 amendments to various Civil Code rules and 8 other laws that make up the Bill. Then, within the same period, (ii) the Committee must submit its report and the Senate Chamber must discuss and vote on the Bill, and if approved (iii) then the Chamber must send the approved Bill to the Chamber of Deputies for its second constitutional proceeding.

However, these steps may not necessarily be completed because, although the Executive Branch giving urgency to a matter does influence the schedules for the Congressional chambers and committees, it does not constitute an obligation to approve a Bill within the respective period. The Committee has resumed the debate this week, by discussing this Bill and voting on its contents. It has not yet concluded its debate, which is expected to take place next week.

Given this is an urgent Bill, which has aroused considerable interest in the community, it is worth asking what exactly does the Bill seek to achieve?

Firstly, its main thrust is to allow everyone equal access to the institution of marriage, without discrimination on the grounds of sexual orientation.

The Bill aims to achieve this by changing the concept of marriage as defined in Article 102 of the Civil Code and changing the wording that describes who has access to this institution. So, the expression "a man and a woman" is changed to "two people":

‍"Marriage is a solemn contract by which two people are actually and irrevocably united for life, for the purpose of living together, procreating and helping each other."

‍Secondly, the Bill aims to establish equal marriage by amending other laws, including (i) the Civil Marriage Law; (ii) the Law that creates the Civil Union Agreement (Acuerdo de Unión Civil, AUC); (iii) the Civil Registry Law; (iv) the Adoption Law; and (v) the Employment Code.

Clearly this is a subject that generates diverse opinions and can be approached from different disciplines, so the following contributions to this discussion are from a legal perspective and provide an explanation of the main legal amendments proposed by the Bill.

If the urgency applied to this Bill is successful, it will be processed more quickly in the Senate, so if it is processed at greater speed at each of the remaining stages within Congress and finally enacted, then Chile may have equal marriage within the short- to medium-term, thereby joining a growing group of countries* that already have similar institutions.