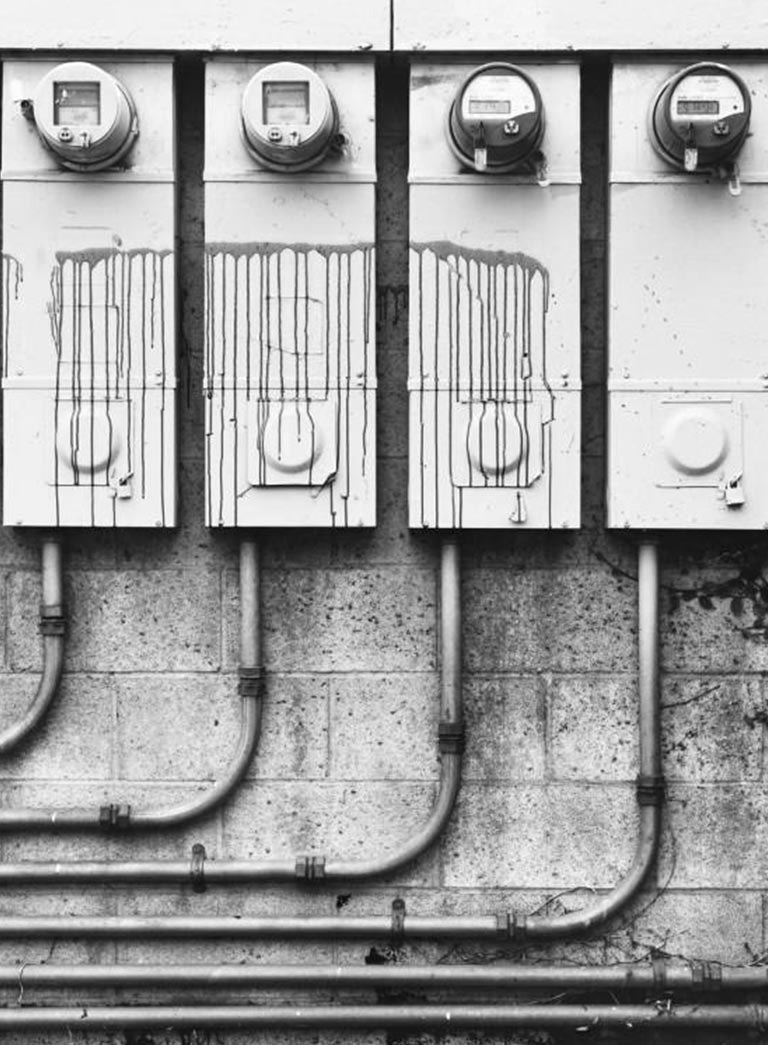 One of the goals set out in Chile's 2050 Energy Policy to achieve decentralised production and active management of energy demand is to have a fully bidirectional energy system, with information technology systems that allow energy production and management at all levels, similar to other OECD countries. To achieve this, smart metering systems have emerged as a suitable tool for end-users to make decisions about their energy consumption by reacting to tariffs in near-real time.

In December 2017, the National Energy Commission issued the Technical Standard on Quality of Service for Distribution Systems, which sets forth a series of requirements to be implemented by distribution companies with respect to measurement and monitoring systems in the network, allowing for the remote measurement of energy consumption and injections, the monitoring of the main variables of supply quality and product quality in the distribution system, and the control of connections, disconnections and limitations of consumption and/or injections of regulated customers.

However, one of the most salient issues is the treatment and protection of the significant amount of end-consumer data that the new smart meters will be able to collect, process and communicate in real time to the distribution companies.

As discussed in the European Union in connection with the "Clean Energy Package”—which proposes changes to the Directive on common rules for the internal electricity market, among other things—to ensure that the implementation of smart metering systems complies with the collection and processing requirements set forth in the European general data protection regulation ("GDPR"), the various uses of smart meters can lead to an increase in data traffic, allowing recipients to gain a better understanding of household consumption patterns. This is sensitive in terms of the privacy of the data produced and generates new risks in areas such as price discrimination, profiling, domestic security and cybersecurity.

Therefore, even though it should be understood that the final consumer's identification data (such as name, address and information on billing data and payment methods) will be subject to the requirements of Law 19.628 on the Protection of Private Life for the processing of personal data, the question remains as to what will happen to energy data that, despite their technical component, entail the disclosure of highly valuable commercial information on the consumer's behavioural patterns and daily life. Such is the case of information on energy demand and consumption, amount of energy and power supplied to the network, hours of use, number and type of occupants, and so forth.

The solution in the current proposed draft Directive by the European Parliament and Council on common rules for the internal electricity market involves expressly regulating that the data to which the eligible parties specified by the competent authorities may have access, with the explicit consent of the end consumer, shall include metering and consumption data, as well as the data necessary for consumers changing suppliers. To this end, a common data format and a non-discriminatory and transparent procedure for eligible parties to access the data will be defined; furthermore, end consumers will have the right to access their data without additional charges.

It also regulates the duty of the appointed competent authorities to authorise and certify the parties managing the data, in order to ensure that they comply with the requirements of the Directive; this includes ensuring that the smart metering systems can guarantee the security of the systems and data communication, as well as the privacy and protection of the data of the end customers, in accordance with the relevant European Union legislation on the matter. End customers shall have the right to procure guidance and information on the installation of smart meters, both regarding their operation, as well as the collection and processing of personal data in accordance with the GDPR.

One possible solution for Chile would be to view the data collected and processed by smart meters as falling under personal data and, eventually, as "personal habits" within the definition of sensitive data established in Law 19.628. Nevertheless, it should be noted that the inclusion of "personal habits" within the scope of sensitive data is currently under discussion in the bill that seeks to amend Law 19.628 and create the Personal Data Protection Agency (Bulletins No. 11.144-07 and No. 11.092 recast); for the time being it is uncertain how these will be finally addressed in the actual law.

Therefore, it would seem necessary to carry out a more thorough debate on the matter, in order to establish minimum regulatory requirements for smart meters to comply with the best available security techniques and to respect the rights of data subjects to the protection of their personal data. The Energy Ministry has already taken steps in this direction when discussing the conceptual proposal for a new electricity distribution regulation in Chile, announcing in a workshop held on 19 March that it is evaluating whether to create a new agent or to give the Superintendency of Electricity and Fuels or the National Electricity Coordinator the authority to manage customer data and reduce information asymmetries among the agents that require such data to manage the business.

Nonetheless, it is necessary to assess to what extent this proposal is in line with the eventual creation of the Personal Data Protection Agency, or whether it would instead imply a duplication or overlapping of competences among different bodies. Furthermore, even though our legal system does not provide for the widespread use of regulatory impact assessment tools, the use of methodologies such as the data protection impact assessment regulated by the GDPR and the results of the assessments carried out in the European Union in connection with the introduction of smart metering systems may be of interest to our national debate on this matter.

A few days ago, the Los Ríos Regional Ministerial Health Secretariat, following a claim filed by a local association of milk producers against two supermarkets in Valdivia, decided to fine one of them for marketing certain plant-based liquid products as "milk", a term associated with something else entirely. This news revealed that the heated discussion going on elsewhere around the world about the use of animal origin denominations for the commercial distribution of plant-based foodstuffs has now reached Chile.

In France, Bill 627, "for the balance of trade relations in the agricultural and food sector and healthy and sustainable food", is currently under consideration. The objectives of this bill include, among others, access to healthier food and respect for animal welfare. To achieve these goals, the measures envisage a range of measures including extending the ban on certain insecticides—questioned for their adverse effects on the ecosystem, especially with respect to honeybees—, promoting animal protection in abattoirs, and raising awareness of animal welfare in the training of farmers.

The bill also contains measures to prohibit certain commercial practices considered misleading to consumers. In particular, in April of this year, an amendment to modify the Rural and Maritime Fisheries Code was incorporated into the aforementioned bill to prohibit the use of names associated with animal products in the marketing of foods containing a significant portion of plant-based matter. If the current wording of the bill is approved, violations to this obligation will be sanctioned in accordance with the provisions of the Consumer Code governing "misleading commercial practices"; these rules provide for both pecuniary penalties (300,000 euros) and imprisonment (two years' imprisonment). The bill grants the Agriculture Ministry the powers to decree the establishment of the list of designations and the maximum amount of plant-based matter for a product to retain the designation associated with an animal-based foodstuff.

Given how broadly the bill has been drafted, theoretically all foods containing a significant percentage of plant matter would be prevented from being marketed under names associated with animal products. The French press has pointed out that, as a result, names such as "soy meat" or "vegan cheese" would be banned. Similarly, whenever expressions such as (“fillet”), “bacon” or sausage (“saucisse”), are used, they must refer to animal products only. The same would apply to names such as "milk", "cream" or "cheese".

This bill expands on a criterion contained in a ruling of the European Union Court of Justice of 14 June 2017, which, in its interpretation of European Regulation 1308/2013, which created the common market organisation for agricultural products, specified that "the name 'milk' and other names reserved exclusively for dairy products cannot legally be used to name a product that is purely plant-based." According to this ruling, not even explanatory mentions of the vegetable origin of a foodstuff would entitle it to be labelled as something associated with an animal-based product. However, this bill would go even further, as it seeks to extend this reservation of denomination to all animal origin foodstuffs, in addition to preventing its use not only for purely plant-based products, but also for products that contain significant proportions of plant-based matter.What is the situation in Chile? Section 105 of the Health Code entrusts the regulatory authority with the task of determining which characteristics foodstuffs intended for human consumption must meet. To this end, the Food Sanitary Regulations ("Regulations") define terms such as “milk” (article 198), “meat” (article 268), “cold cut” (article 295), “hamburger” (article 300), “ham” (article 304) or “sausage” (article 306), etc. In all these cases, the definitions refer to products of animal origin. Furthermore, Section 107(a) of the Regulation stipulates that the name of the foodstuff must indicate its "true nature", and that substitute products must declare this condition. This same provision further stipulates that appropriate wording next to the name must be included to avoid misleading consumers or deceiving them as to the physical nature and condition of the foodstuff. Violations of this obligation may give rise to a sanitary summary investigation proceeding, leading to fines, closure of establishments or cancellation of operating authorizations or permits, among other sanctions, “notwithstanding (...) the responsibilities established by other legal bodies with respect to the facts" (final paragraph of Section 174 of the Health Code).

A preliminary analysis of this matter reveals that the domestic sanitary regulation is less strict than the French bill in question. First of all, because although the Regulation requires the name to reflect the specific nature of the foodstuff (so that failure to comply with this obligation may give rise to a "counterfeit food" scenario), it simultaneously allows the inclusion of words that avoid misleading or confusing the consumer. Second, because the sanctions contemplated in the Health Code, including those covered by its reference to "other legal bodies" (in particular, the Consumer Protection Law), are not qualitatively or quantitatively comparable to those contained in the Consumer Code. However, the case in Valdivia could prompt a deeper review of our regulation, as well as the way it is understood and applied by the health authority. This is evidenced by the recent introduction of a bill in the Chamber of Deputies to regulate the labelling of dairy products or milk derivatives.