Application of proportionality for due process 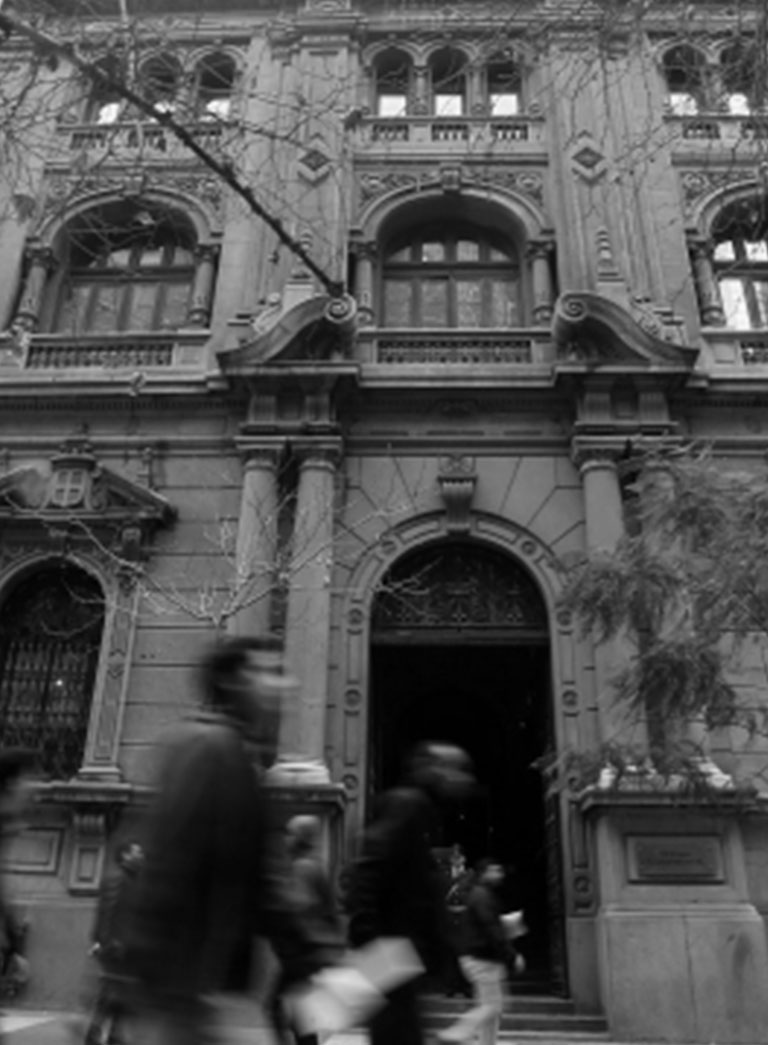 The Constitutional Court (TC, for its acronym in Spanish) has recently issued a most interesting ruling, which discusses in detail the application in form and manner of the principle of proportionality; it affirms that due process is affected if only a partial defence is allowed; it also points out that legally establishing compensation without proving damages violates the right to property. The implications of this ruling may be relevant, and its analysis may even have an impact on the market of small- and medium-sized companies.

The Constitutional Court challenged and discussed the penalty provided for in Article 4 of Law 19.983, which governs the transfer and grants executive merit to the copy of an invoice (especially the section in bold in the following citation), which says:

“(…) Any agreement, arrangement, stipulation or action of any nature whatsoever that limits, restricts or prohibits the free circulation of an invoice receivable is prohibited. Furthermore, the withholding, destruction, rendering useless or concealment of the assignable copy of the invoice, as well as the failure to provide the receipt referred to in Section 5 e) is prohibited. In the event of a violation, the local police court corresponding to the offender's registered address shall order compensation to be paid to the applicant, for an amount equivalent to two and up to five times the value of the invoice(s) giving rise to such violation. The affected party, any interested party, and trade associations or other associations representing businesspeople of any kind, provided they have legal personality, may initiate legal action for the application of this penalty, which shall be heard by the court pursuant to the provisions of Law 18.287. In terms of compensation receipt, the affected claimant shall prevail over any interested party and the latter, should it have an economic interest prior to the claim, shall prevail over the aforementioned associations".

According to the facts, Black & Decker (“B&D”, the claimant in this case) argued that Instalaciones y Servicios de Alarmas ("ISA", the respondent) in 2016, once the agreement between them had been terminated, had issued an electronic invoice for the amount of $213,904,761 for services that, according to B&D, had not been rendered by ISA. Therefore, Black & Decker proceeded to return the invoice to ISA without making the requested payment.

In view of this situation, ISA sued B&D for violating Article 4 (in connection with Article 5, letter c), both of Law 19.983), demanding the payment of five times the value of the invoice, in view of the claimant’s failure to acknowledge the fourth copy of the invoice—that which is assignable and has executive merit—, and for failing to provide a receipt for the services provided.

In a ruling dated 31 August 2017, the Local Police Court of Conchalí (Case No. 68.021/EC), upheld the claim and, applying the aforementioned legal precepts, ordered B&D to pay compensation to ISA amounting to $427,809,522, equivalent to twice the value of the disputed electronic invoice.

B&D filed an appeal against this first instance ruling before the Court of Appeals of Santiago, which is still pending a decision. It was this pending action that enabled B&D to file an appeal of inapplicability before the Constitutional Court.

B&D claimed before the TC that the application of the aforementioned provisions of Law 19.983 implied an arbitrary distinction against it that allegedly violated the principle of proportionality. This was based on the grounds that, although the abstract purpose of the precept is legitimate—since it ensures the proper operation of the market and the contractual compliance of the parties—, in this specific case it gave rise to a manifest lack of suitability, necessity and proportionality of the penalty. This would be explained by the fact that "the legislator does not address non-compliance, forcing the buyer or beneficiary in either one of two scenarios: i) to stamp the receipt of the fourth copy of the invoice, even in the face of non-compliance, to avoid the penalty provided for in article 4, generating a false debenture bond; ii) or not to do so and be subject to the penalty under article 4, which is two to five times the value of the document, rendering it unable to defend itself against the claim".

Furthermore, B&D argued that there had been a violation of Section 19-3 of the Political Constitution of the Republic (the "Constitution") pertaining to the guarantee of a rational and fair procedure, since the provisions of Law 19.983 rendered it defenceless. This is because it would be sufficient for the claimant to prove the failure to provide a receipt for a penalty to be issued, in lieu of guilt, malice, or wilful misconduct. Such a situation would give rise to an illegitimate punitive regime typical of strict liability, under which it would not be required to prove the damages or their amount, there being no scale for the judge to determine the amount of compensation.

Finally, B&D claimed that the application of the precept would have also violated the provisions of Section 19-24 of the Constitution (right to property), since it generated punitive damages payable to ISA, which had allegedly failed to comply with its contractual obligations, thus causing an undue enrichment through pecuniary damages lacking any real cause.

The Constitutional Court addressed in detail each and every item of the constitutional violations raised by B&D in the ruling issued by the Local Police Court of Conchalí.

First of all, the Constitutional Court considered that, although the Constitution does not explicitly include the principle of proportionality being invoked, if there are certain implicit manifestations throughout its text (such as Sections 6 and 7, regarding the Rule of Law, or Section 19 No. 2, which prohibits arbitrary conduct), which would determine a general consecration within the legal system (whereas 14).

Next, the Constitutional Court emphasised that the constitutional defects claimed are aligned, not with the spirit and purpose of the precept in question, but rather with its application. ​On the contrary, the purpose was clear in protecting the correctness of the chain of payments as well as the free circulation of credit, seeking to avoid abusive or fraudulent misconduct​ (whereas 15).

The main reproach made by the Constitutional Court is that the Local Police Court of Conchalí  sanctioned B&D for the simple fact of not sending the fourth copy of the electronic invoice, a matter that is not "entirely suitable to satisfy the protected legal purpose, inasmuch as it legally obliges, without further consideration, the debtor or beneficiary to accept and receive an invoice whose cause of issue is under dispute, thus providing the capacity to promote the circulation and assignability of defective or false receivables in connection to the case” (whereas 16). In addition to the foregoing, the ruling considered that the existing regulation is ineffective in this case as there is no real benefit for the parties concerned with the fact of the receipt being stamped, especially when there are justified reasons for this.

Thus, the Constitutional Court considered that in this particular case, the rule had unjustified and disproportionate legal effects, since it produced burdensome results that exceeded the legitimate purpose of the rule under discussion.

When addressing the violation of due process, the Constitutional Court considered that the challenged provision did not meet the requirements of justice and rationality required by the Constitution. This is due to the fact that the violation was considered consummated by the mere fact of not providing a receipt in the manner set forth in letter c) of Section 5 of Law 19.983, without taking into account the fact that such omission could have been justified (whereas 22). The Constitutional Court declared: “​That, in short, we are faced with a compensation procedure or rules that are not adequately and proportionally defined and whose practical effects are undoubtedly diverse, which is why the course chosen by the claimant is unquestionably appropriate.​ It is one thing to lighten the burden of proof, but quite another to completely ignore the existence of a causal link between the wrongful act and the effect produced therefrom” (whereas 26).

Finally, and with regard to the right to property that was allegedly violated in the claim by B&D, the Constitutional Court determined that the violation in question did occur, since the compensation ordered—and the subsequent affectation of the claimant’s assets—in favour of ISA was not sufficiently grounded. This form of proceeding, added the Constitutional Court, resulted in the blatant and undue enrichment of ISA.

Based on all the above considerations, the Constitutional Court decided to accept the unconstitutionality injunction filed by B&D regarding the application made by the local police judge of Section 4 of Law 19.983, based mainly on the fact that the legal situation created is truly disproportionate, as well as unjust, since it does not comply with the true spirit of the law and results in unjustified harm to one party that feeds off the undue enrichment of the other.

The Constitutional Court ruling already constitutes an improvement for the B&D case, since the Santiago Court of Appeals—which must now rule on the matter—will not be able to use the rule in question to resolve this dispute. However, beyond the strictly procedural issues and what will finally be resolved in this case, the precedent of the Constitutional Court described herein becomes wholly relevant as it establishes a clear limitation to the application of certain legal provisions—specifically with regard to their disproportionality—in matters that essentially affect small- and medium-sized companies.